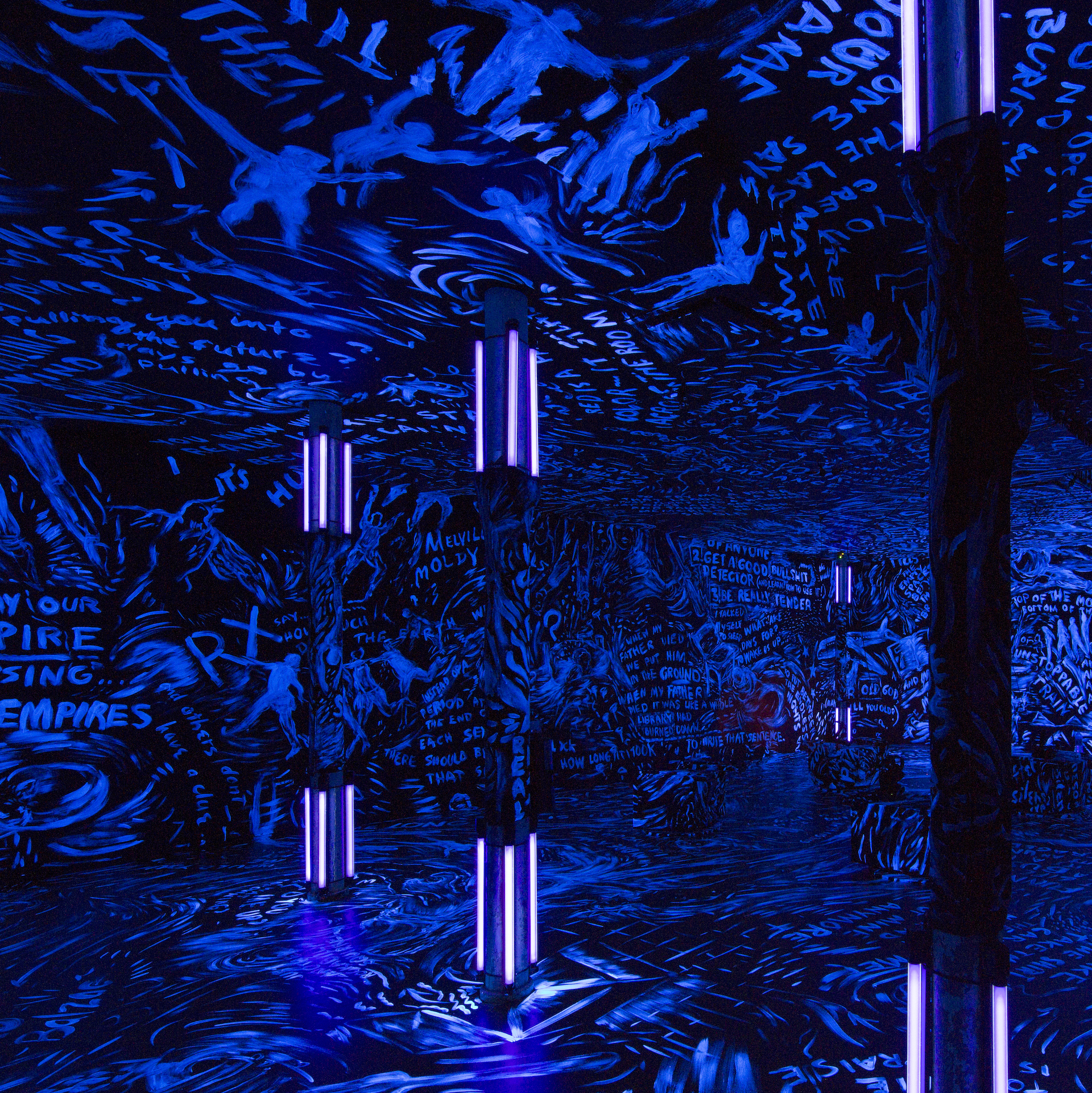 To ensure the safety of artists, visitors, and staff, the virtual reality installations are closed until further notice.

Laurie Anderson is one of today’s premier multimedia artists, known for her achievements as a visual artist, composer, poet, photographer, filmmaker, vocalist, and instrumentalist, and her innate ability to meld her dynamic practices into new and vibrant forms. Her seemingly boundless oeuvre includes the creation of books, albums, and performances that incorporate film, slides, recorded audio, live music, and spoken word. Anderson has long been recognized as a groundbreaking leader in the use of technology in the arts and has developed new musical instruments, including the tape bow violin, in which the bow has been replaced with magnetic audiotape and the bridge with a reader. She was one of MASS MoCA’s first artists-in-residence and has returned to the museum many times to develop and discuss works-in-progress. In MASS MoCA’s B6: The Robert W. Wilson Building, Anderson invites viewers to explore a multi-functional constellation of galleries and installations including a working studio, audio archive, exhibition venue, and a virtual reality environment for experiences she co-created with Hsin-Chien Huang. Taken together, the exhibition highlights both Anderson’s creative process and some of her most unforgettable works.

To the Moon was commissioned by the Louisiana Museum of Modern Art, Humlebæk, Denmark; The National Culture and Arts Foundation, Taipei, Taiwan; and National Taiwan Normal University.