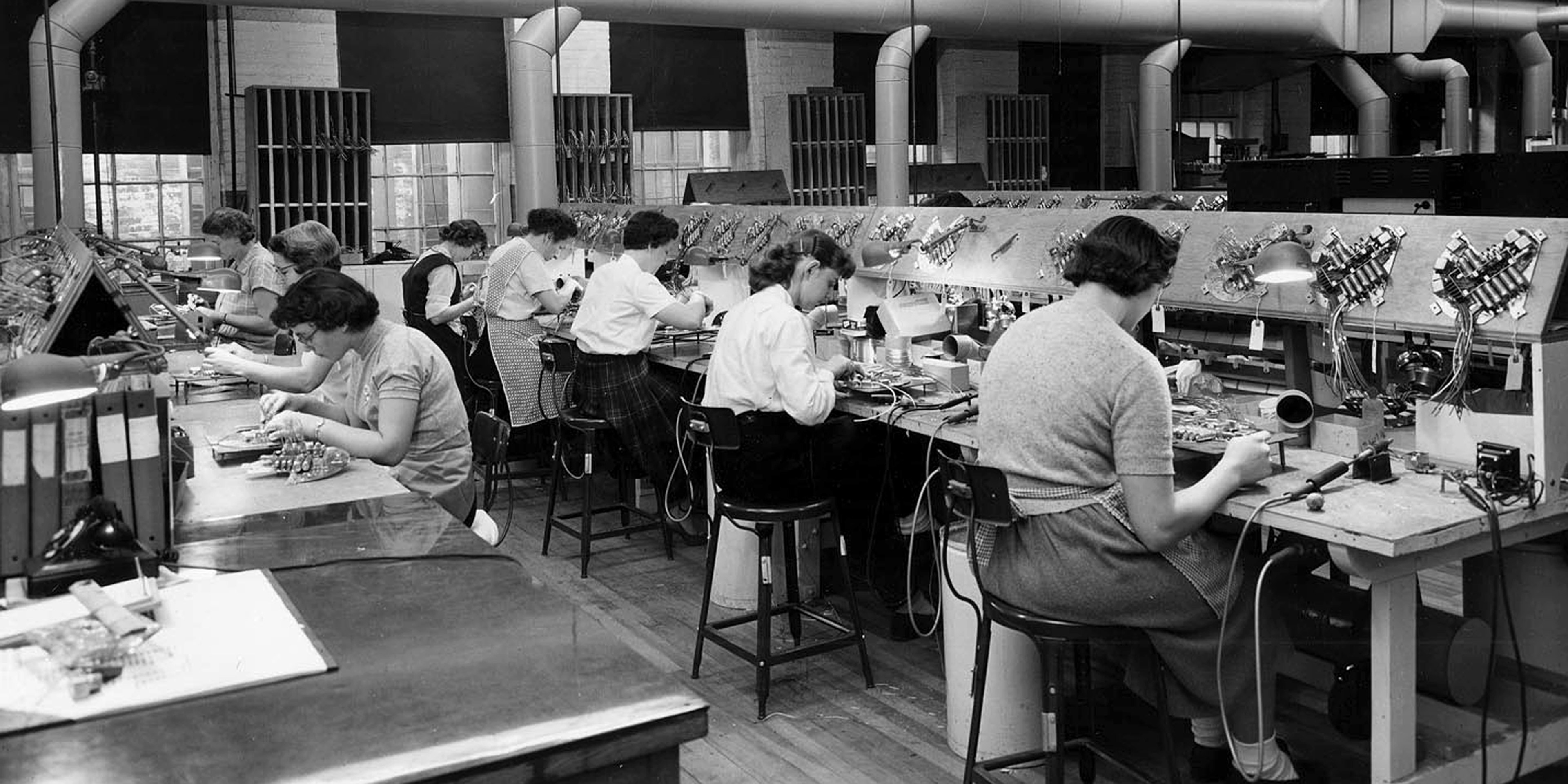 The history of MASS MoCA’s site spans centuries of social, economic, industrial, and architectural change. In the microcosm of this one factory-campus, it is possible to trace the arc of industrialization and post-industrialization of New England, and indeed the world. The 16 acres of grounds on the Hoosic River in North Adams, Massachusetts, encompass a vast complex of 19th-century mill buildings and occupy nearly one-third of the city’s downtown business district. Listed in the National Historic Register, the site’s 26 buildings form an elaborate system of interlocking courtyards and passageways rich with historical association. Bridges, viaducts, elevated walkways, and red brick facades lend a distinct architectural ambiance to the complex, which throughout its history has been a place for innovation and fabrication using the most advanced knowledge and technology of the day.

MASS MoCA rests on the ancestral homelands of the Muhheaconneok or Mohican people (People of the Waters That Are Never Still) and the Wabanaki peoples. The Mohican people built their homes near rivers like the Hoosick, where they would be close to food, water and transportation. Despite tremendous hardship in being forcibly relocated from these lands by Dutch, English, and US colonizers, today the Mohican community resides in Wisconsin and is known as the Stockbridge-Munsee Community. The Wabanaki Confederacy, also known as The People of the Dawnland, are indigenous to the lands with the English placenames Maine, Vermont, northwestern Massachusetts, and parts of Canada, and continue to reside in these areas. Click here to learn more.

European colonizers began settling in present-day North Adams in the mid 1700s. Manufacturing began on and around the land where MASS MoCA sits before the Revolutionary War, as its location at the confluence of the two branches of the Hoosic River was ideal for the diverse, small-scale industries of colonial times. By the late 1700s and early 1800s businesses at or near the site included: wholesale shoe manufacturers; a brick yard; a saw mill; cabinet-makers; hat manufacturers; machine shops for the construction of mill machines; marble works; wagon- and sleigh-makers; and an ironworks, which later forged armor plates for the Civil War ship, the Monitor.

In 1860, the print works O. Arnold and Company established itself on a portion of the site and installed the latest equipment for printing cloth. Large government contracts to supply fabric for the Union Army ensured that the business prospered, and during the next four decades Arnold Print Works became the largest employer in North Adams. By the end of the 1890s, 25 of the 26 buildings in the present-day MASS MoCA complex had been constructed, and by 1905 Arnold Print Works employed some 3,200 people, as one of the leading producers of printed textiles in the world. Despite decades of success, falling cloth prices and the lingering effects of the great Depression forced Arnold Print Works to close its Marshall Street operation in 1942, consolidating to smaller facilities in neighboring Adams, Massachusetts.

Later that year, the Sprague Electric Company bought the site. While largely leaving the building exteriors as they were, Sprague made extensive modifications to the interiors to convert the former textile mill into an electronics plant. Sprague physicists, chemists, electrical engineers, and skilled technicians were called upon by the U.S. government during World War II to design and manufacture crucial components of some of its most advanced high-tech weapons systems, including the atomic bomb.

Outfitted with state-of-the-art equipment, Sprague was a major research and development center, conducting studies on the nature of electricity and semi-conducting materials. After the war, Sprague’s products were used in the launch systems for Gemini moon missions, and by 1966 Sprague employed 4,137 workers in a community of 18,000, existing almost as a city within a city. From the post-war years to the mid-1980s Sprague produced electrical components for the booming consumer electronics market, but competition from lower-priced components produced abroad led to declining sales and, in 1985, the company closed its operations on Marshall Street.

In 1986, just a year after Sprague’s closing, the business and political leaders of North Adams were seeking ways to creatively re-use the vast Sprague complex. The staff of the Williams College Museum of Art, led by its director, Thomas Krens—who would later become Director of the Solomon R. Guggenheim Museum—was seeking economic space to exhibit large works of contemporary art that would not fit in conventional museum galleries. When North Adams Mayor John Barrett III suggested the vast Marshall Street complex as a possible exhibition site, the idea of creating a contemporary arts center in North Adams began to take shape.

Joseph C. Thompson, Krens’ colleague at the Williams College Museum of Art, was named founding director of MASS MoCA. Jennifer Trainer, a journalist who had broken the story of turning the abandoned complex into a museum for The New York Times, was appointed founding director of development and public relations. Together they spearheaded the project’s launch after Krens went to the Guggenheim in 1988, shortly after the Massachusetts legislature voted its support for the project. Subsequent economic and political upheaval in Massachusetts threatened the project, but broad-based support from the community and the private sector, which pledged more than $8 million in matching funds, eventually won the day.

The master plan for MASS MoCA was led by architects Simeon Bruner of Bruner/Cott & Associates, Frank Gehry, Robert Venturi, and David Childs of Skidmore, Owings & Merrill. Bruner/Cott was ultimately named lead project architect in 1992 and, in 1995, the Cambridge, Massachusetts-based firm completed what would be the final designs for the first phase of construction.

As private support, public funding, and detailed designs for the complex coalesced from 1989–1995, so did the articulation of MASS MoCA’s mission. Originally conceived as an institution for the static long-term display of contemporary visual art, under Thompson’s leadership MASS MoCA evolved into a center that would present both changing exhibitions and performing arts events, and nurture the creation of new works that chart fresh creative territory. MASS MoCA celebrated its opening in 1999, marking the site’s launch into its third century of production, and the continuation of a long history of innovation and experimentation.